Beat Back the Self Doubt by Elizabeth Bernstein 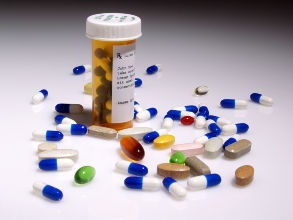 Read about devices to use on your phone to help you teach yourself to relax.

1 in 5 Americans is extremely stressed: are you?

Every year the American Psychological Association releases its “Stress in America” survey — the latest was released yesterday — warning us that we’re frazzled beyond belief, especially if we’ve got health problems or are caring for someone who does. No surprise there.

Yet I wonder just how much the survey of 1,200 reflects the national psyche of 300 million. Or whether it’s even relevant to try to summarize what the collective mass is feeling. Those who are unemployed, facing foreclosure or going through a divorce have a different set of stresses than a frazzled working mother who’s caring for a mother-in-law with back problems. (Okay, that last example was me.)

The stress survey found that more than 1 in 5 Americans report feeling chronic “extreme stress” but also found that, on average, our stress levels have dipped a smidgen since last year’s survey.

Oddly, the APA expressed alarm that only about 31 percent of the survey respondents thought that their stress level was having an impact on their health even though the vast majority said they knew that stress can contribute to major health problems like heart disease, depression, and obesity.

“When considered alongside the finding that only 29 percent of adults believe they are doing an excellent or very good job at managing or reducing stress,” the survey report stated, the “APA warns that this disconnect is cause for concern.”